Have you ever thought why matchmaking isn’t free?

First of all time is precious. If you’re ready to pay for the carwash or a medical appointment, why should you think that finding a perfect match for the whole life should be free. It does need perfect skills and time to interview applicants, create a databank and link it all together.

But in the end it is happiness we are talking about. Do you want to be happy? We can make you an offer. Of course you can try to save up and find a match by yourself for free, but are you sure that this match or the next would be perfect? How many times should you try to find what you’re searching for and think along that this perfect match may not exist at all… This is a waste of time. And time is one of those things you never get back.

What if one’s working hard and wand a strong relationship, a house, kids and weekend barbecue, but all he can find is some stray bride who will blow all of his money for fashion and cocktails and walk away as a fatal winner… Sad, isn’t it?

We can save your time and nerve and find you a perfect match. All what you need is to give us a chance, and pay for our skill and the time we spend on your happiness.

So, wanna give it a try? We are ready. Are you?

Russia is extra-large and ultra-beautiful for everything: its both natural geographical and architectural creations, its contrasts, its varieties of all things. The most adorable variety consists of the unique Russian people. Russian women are known to possess the very "mysterious Russian soul", portrayed in famous classical literature.

But those "mysterious" persons tend to attract not only mesmerised foreigners, but also LOADS of stereotypes, sometimes believable, sometimes controversive. I would like to spill some light on a couple of those stereotypes. 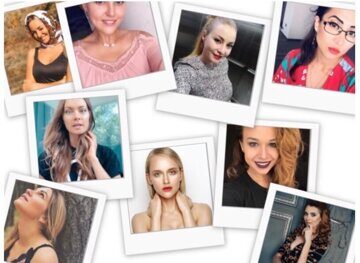 Well, I must notice (being a person, travelling widely and actively inside and outside Russia) the connection of some beauty "patterns" (the colour of hair, eyes, height, eastern or slavic eyes, e.t.c.) with the region of dwelling. And Russia is extremely rich inregions. Not only beauty, but some character features can vary in Russia, spreading from "Nhe Country of the Rising Sun" to the foggy Baltic shores, from Hypnotising Polar North to the Steppes and Paradise-like subtropics. 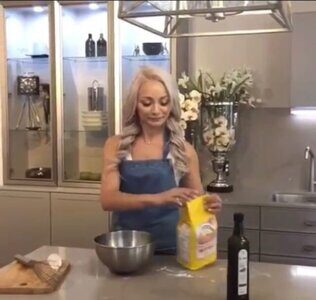 2. SHOPPY OR WITHOUT SEEKING THE PROFIT?

Bipolarity of this stereotype really makes me mad sometimes! Some people would suppose that being married to a Russian woman means "providing a Barbie", while the others may say, that a Russian wife "demands nothing and would follow their husbands everywhere like devoted Dekabrists' wives". Yes, being a Russian I feel shame for those who see only economical benefits of getting married to a foreigner, and I don't accept that way of thinking But honestly, ask yourself, does this "economical" behaviour depend on a certain nation? or maybe on a certain person? I tend to follow the second idea. I can say with all the responsibilities, that Russian women in contrast with their eastern and western girl-pals tend to listen to their heart, their feelings first. If you are lucky enough, if you know what you want and you have a definite goals in life, you will find your destiny and will be regarded with grattitude and happiness.

Real Russian woman is a sinsere, kind person, good listener, crafty housewife, master of comfy conversations. Moreover each Russian beauty is unrepeatable in its magic. Finally, Russia is both Europe and Asia, and, the Passion of genuine feelings, melted and mixed in that junction of the civilizations, is born right here.

Анкета
Do you want to meet?
You can send us a message